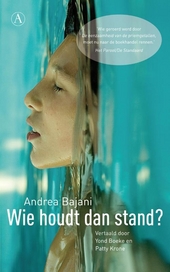 Andrea Bajani (born August 16, 1975) is an Italian novelist, poet, and journalist. After his debut with Cordiali saluti (Einaudi, 2005), it was Se consideri le colpe (Einaudi, 2007) which brought him a great deal of attention. Antonio Tabucchi wrote about his debut novel, "I read this book with an excitement that Italian literature hasn't made me feel in ages." The book won the Super Mondello Prize, the Brancati Prize, the Recanati Prize and the Lo Straniero Prize. 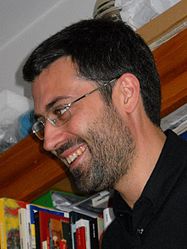