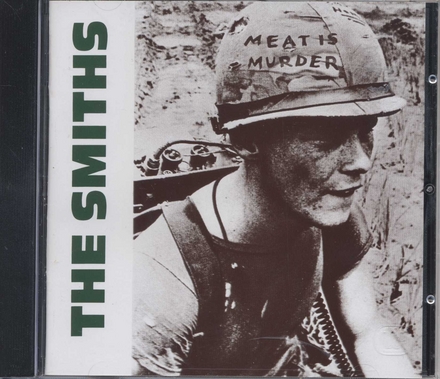 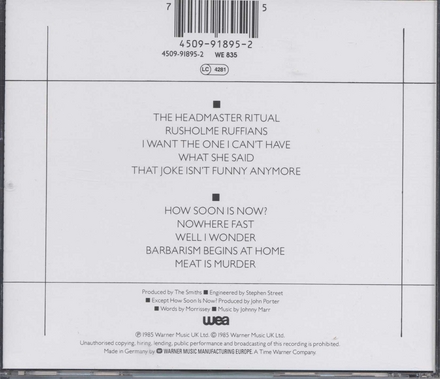 The Smiths were an English rock band formed in Manchester in 1982. Consisting of vocalist Morrissey, guitarist Johnny Marr, bassist Andy Rourke, and drummer Mike Joyce, critics consider the band one of the most important to emerge from the British independent music scene of the 1980s. Internal tensions led to their break up in 1987 and subsequent offers to reunite have been refused. In 2012, all four Smiths' studio albums (and a compilation) appeared on Rolling Stone's list of the "500 Greatest Albums of All Time", while "William, It Was Really Nothing" and "How Soon Is Now?" were included in the "500 Greatest Songs of All Time" list.

Based on the songwriting partnership of Morrissey and Marr, the Smiths' focus on a guitar, bass, and drum sound, and fusion of 1960s rock and post-punk, were a rejection of the synthesiser-based dance-pop of the time. Marr's Rickenbacker guitar work was remini…Read more on Wikipedia

Work of The Smiths in the library