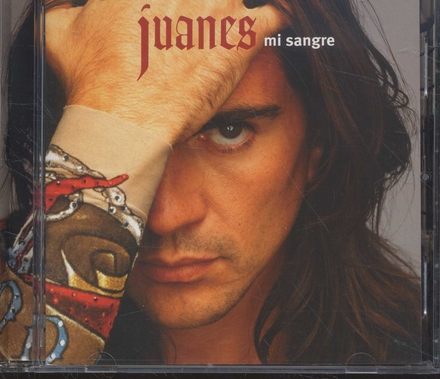 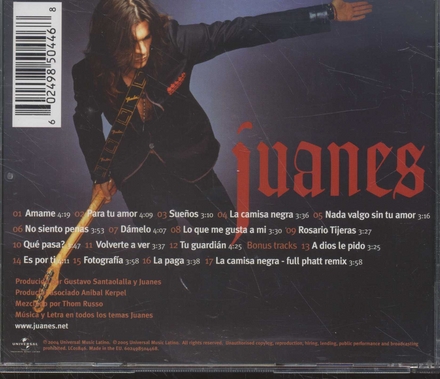 Juan Esteban Aristizábal Vásquez (born August 9, 1972), known professionally as Juanes, is a Colombian musician and singer-songwriter who was a member of the rock band Ekhymosis and is now a solo artist. In 2000, his solo debut album Fíjate Bien won three Latin Grammy Awards. According to his record label, Juanes has sold more than 15 million albums worldwide.

Raised in Colombia, Juanes began playing piano at age two. When Juanes was 17, he started his first band, Ekhymosis, in 1988, which went on to release Eight albums, achieving recognition in his native country of Colombia. The track "Dos" from the album Niño Gigante in 1992 was very popular. In 1997 after the band broke up, Juanes continued solo and in 2000 he released the album, Fíjate Bien, which earned him three Latin Grammys. His follow-up album, Un Día Normal, was released in 2002 and was later certified platinum in Guatemala and Uruguay thro…Read more on Wikipedia

Work of Juanes in the library