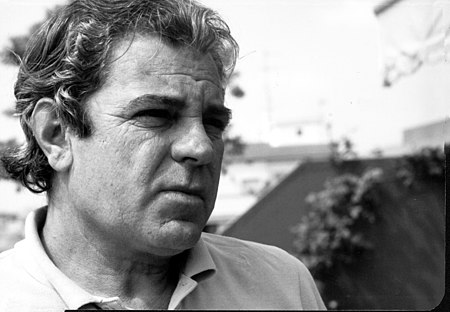 Juan Marsé Carbó (8 January 1933 – 18 July 2020) was a Spanish novelist journalist and screenwriter who used Spanish as his literary language. In 2008, he was awarded the Cervantes Prize, "the Spanish-language equivalent" to the Nobel Prize in Literature.

Marsé was born Juan Faneca Roca in Barcelona. His mother died in childbirth, and he was soon adopted by the Marsé family. At age 14 he started to publish some of his writings in Insula magazine and in a cinema magazine while working as an apprentice jeweller. One of his stories won the Sésamo Prize, and in 1958 he published his first novel, Encerrados con un solo juguete (Locked up with a Single Toy), which was a finalist of the Biblioteca Breve Seix Barral Prize.

Afterwards, he spent two years in Paris working as "garçon de laboratoire" at the Pasteur Institute and translating screenplays and teaching S…Read more on Wikipedia

Work of Juan Marsé in the library