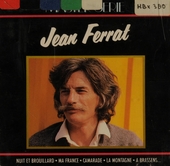 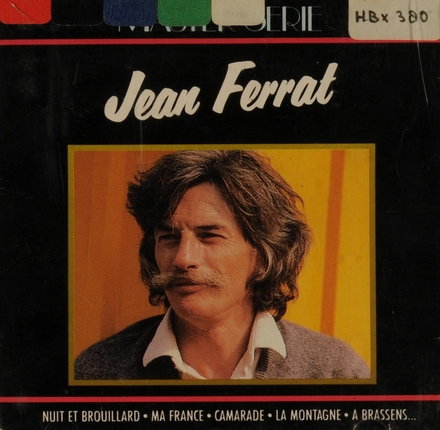 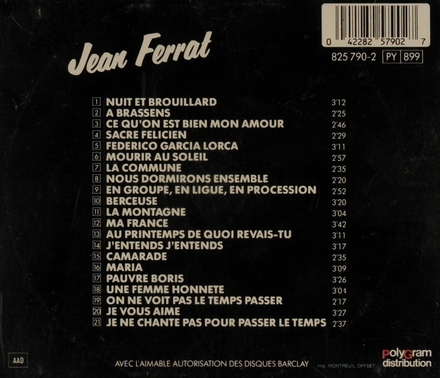 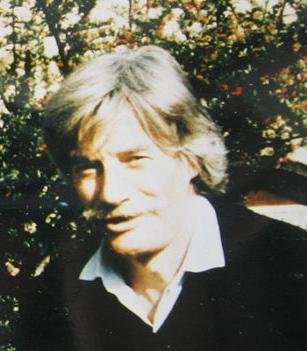 Jean Ferrat (born Jean Tenenbaum; 26 December 1930 – 13 March 2010) was a French singer-songwriter and poet. He specialized in singing poetry, particularly that of Louis Aragon. He had a left-wing sympathy that found its way into a few songs.

Ferrat was born in Vaucresson, Hauts-de-Seine, the youngest of four children from a modest family which moved to Versailles in 1935, where Ferrat studied at the Jules Ferry College. His Russian-born father (naturalized in 1928) was forced to wear the yellow star and deported to Auschwitz in 1942, where he died.

In the early 1950s, he started in Parisian cabaret. After that he avoided any particular musical style, but remained faithful to himself, his friends and his public. In 1956, he set "Les yeux d'Elsa" ("Elsa's eyes"), a Louis Aragon poem which Ferrat loved, to music. Its rendition by popular artist André Claveau brought…Read more on Wikipedia

Work of Jean Ferrat in the library