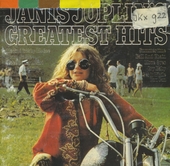 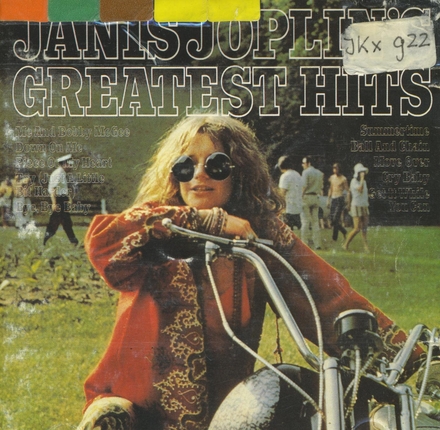 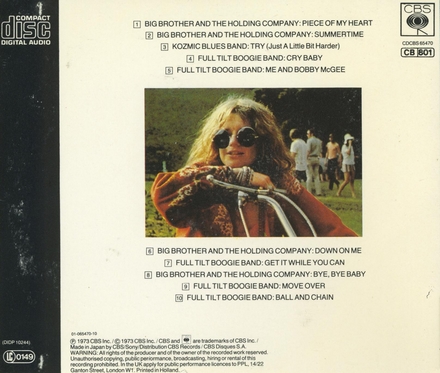 Janis Lyn Joplin (January 19, 1943 – October 4, 1970) was an American singer-songwriter who sang rock, soul and blues music. One of the most successful and widely known rock stars of her era, she was noted for her powerful mezzo-soprano vocals and "electric" stage presence.

In 1967, Joplin rose to fame following an appearance at Monterey Pop Festival, where she was the lead singer of the then little-known San Francisco psychedelic rock band Big Brother and the Holding Company. After releasing two albums with the band, she left Big Brother to continue as a solo artist with her own backing groups, first the Kozmic Blues Band and then the Full Tilt Boogie Band. She appeared at the Woodstock festival and the Festival Express train tour. Five singles by Joplin reached the Billboard Hot 100, including a cover of the Kris Kristofferson song "Me and Bobby McGee", which reached number one in March 1971. Her most popular songs include…Read more on Wikipedia

Work of Janis Joplin in the library 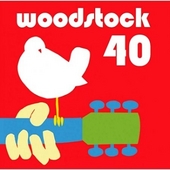