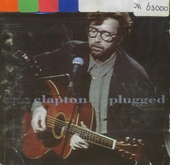 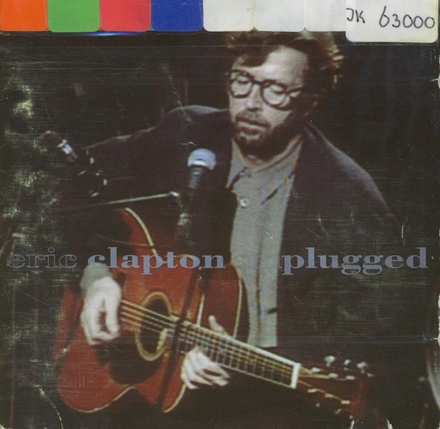 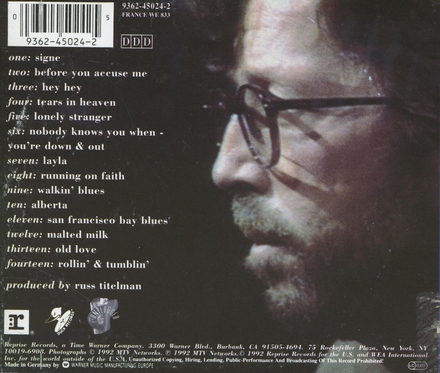 Eric Patrick Clapton, (born 30 March 1945) is an English rock and blues guitarist, singer, and songwriter. He is the only three-time inductee to the Rock and Roll Hall of Fame: once as a solo artist and separately as a member of the Yardbirds and of Cream. Clapton has been referred to as one of the most important and influential guitarists of all time. Clapton ranked second in Rolling Stone's list of the "100 Greatest Guitarists of All Time" and fourth in Gibson's "Top 50 Guitarists of All Time". He was also named number five in Time magazine's list of "The 10 Best Electric Guitar Players" in 2009.

After playing in a number of different local bands, Clapton joined the Yardbirds in 1963, replacing founding guitarist Top Topham. Dissatisfied with the change of the Yardbirds sound from blues rock to a more radio-friendly pop rock sound, Clapton left in 1965 …Read more on Wikipedia

Work of Eric Clapton in the library 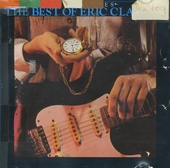 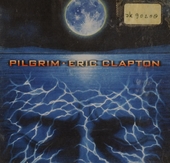 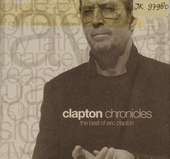 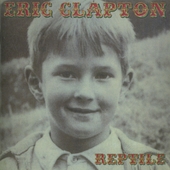 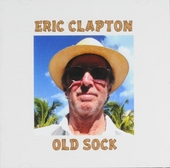 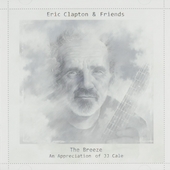 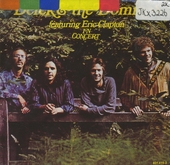 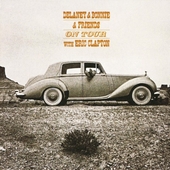 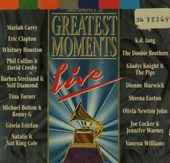 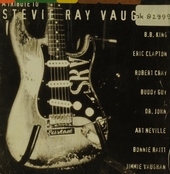 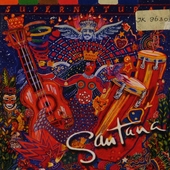